Chambray Dress to Wear to a Rehearsal Dinner 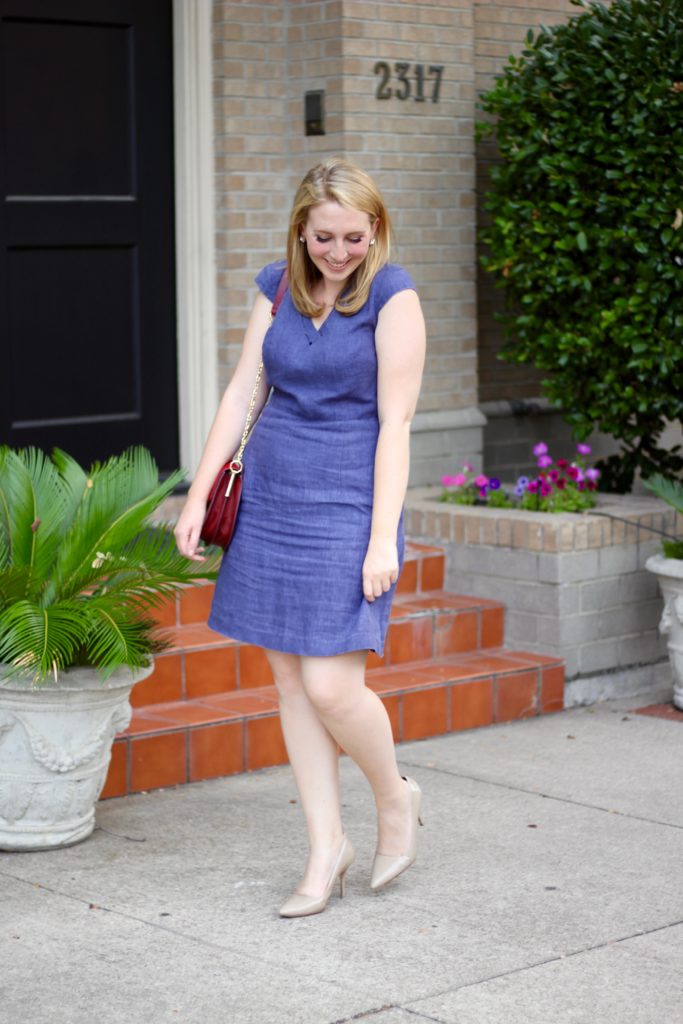 Over the weekend, I was in my best friend from childhood’s wedding in Austin. My friend and I met around age four, though we didn’t really become close until we were about six years old. And then we stayed close. For the next twenty years.

As a native Austinite, is it really that surprising that my friend loves BBQ? Well, she turned that love of BBQ into was a super BBQ-filled wedding weekend. I dug it. I found this chambray a-line dress to wear to her rehearsal dinner (which was catered by her favorite BBQ joint in Austin, Salt Lick). 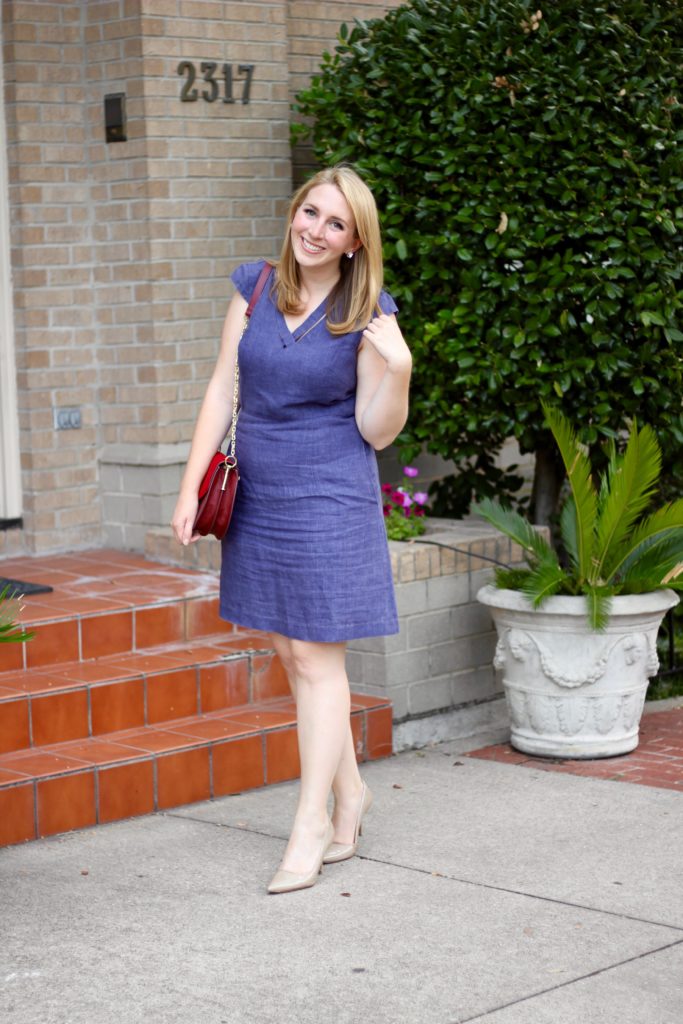 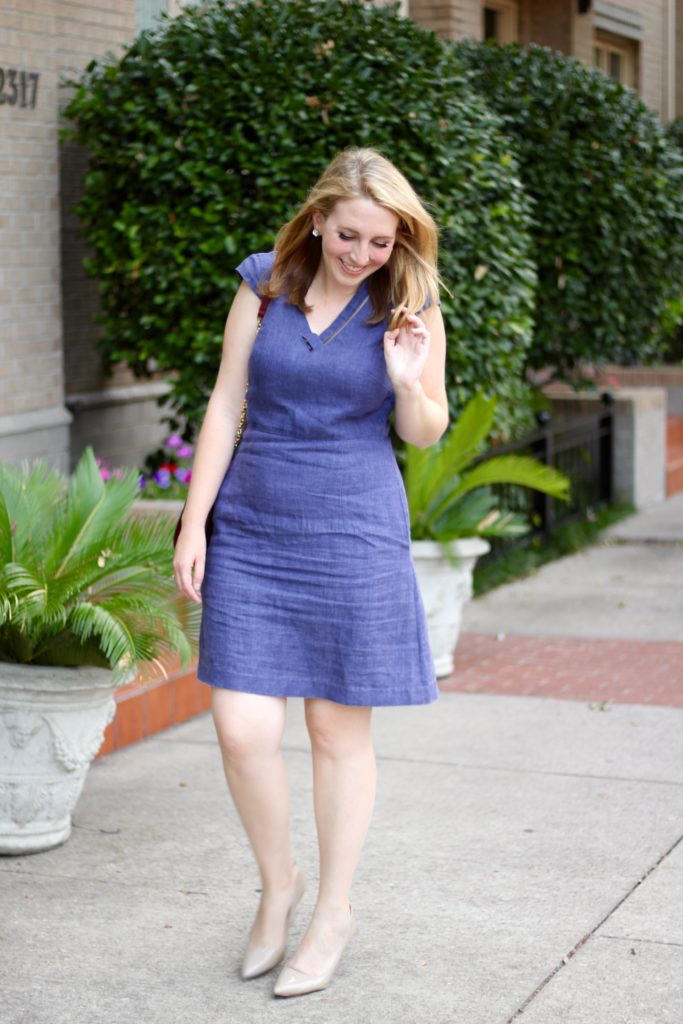 My friend’s wedding reception took place Sunday night at the new Hotel Van Zandt on Rainey Street in Austin. And it was absolutely breathtaking. In case you missed it on Snapchat, the whole party was totally stunning (tons of lucite, mirrors, and gorgeous grays and blush tones).

As I was a bridesmaid, my dress for the wedding itself was pre-chosen by the bride in advance of the wedding… but this chambray a-line dress was such fun to wear to the rehearsal dinner. I absolutely adored the overall cut of the dress (I love me a fit-and-flare, as y’all know quite well). And who wouldn’t love the cross detail at the neckline?! Plus, the denim was so perfect for a night full of BBQ… which in turn set the tone for such a fun weekend.

A fun weekend which ended around midnight Sunday night, just in time for me to dash home for a few hours… before leaving again at 5AM to get back to Dallas. And now it’s time to nap for all of eternity. 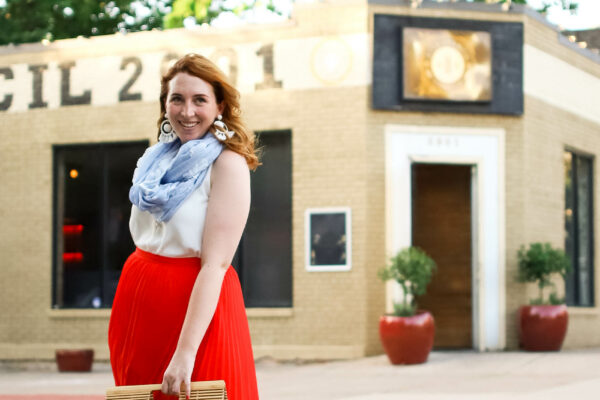 Basically a bunch of things I wish I had known in my 20s
Read the Post
Glitter & Spice is part of several affiliate advertising programs, including rewardStyle and ShopStyle Collective. This means that if you click and/or make a purchase through certain links on this site or any related social media platforms, I may make a commission from that click and/or purchase. All opinions are my own. Thank you for your support and for making Glitter & Spice possible.
rewardStyle privacy policy
ShopStyle Collective privacy policy
Copyright 2022
Theme by